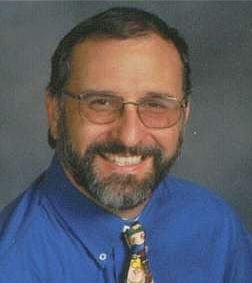 My journey has been long, wandering, and sometimes flat out confusing but it has, at every point, shaped me into who and what I am.

I graduated from Kenmore High School in South Akron, earned a degree in Electrical Engineering from Ohio Northern University, and worked in that field for 13 years in Cleveland and Massillon/Canton before being called to ministry.  With that call, I went back to school and earned a Masters in Divinity from Ashland Theological Seminary in 2008.

Since going into ministry I have served in the churches of Johnsville/Steam Corners, Barnesville First, Massillon Trinity (Perry Heights), and now Christ UMC in Alliance, Ohio.

I also spent ten years in the Army Reserve with the 251st Trans Co. (TT) in Kenton, OH and the 706th Trans. Co. in Mansfield, OH including deployments in Korea, Honduras, all over the United States, and a call to active duty at Fort Campbell, KY during Desert Storm.

Bragging rights
God has blessed me with the most amazing wife and kids. I never stop being amazed at the things that they do and the talents that they have.