Have you ever gone to the theater, or even sat watching television, and somewhere during the movie or the show that you are watching, you see “that guy.”  You’ve seen him dozens of times before in a bunch of different movies and television shows, but you just can’t come up with his name. He isn’t one of those A-list people, who get the big leading roles and their faces plastered all over the movie posters, but they work. They work hard, and they work regularly. These are guys that they call “character actors” who have appeared in literally hundreds of movies and television shows even if they never were the “big star.”

In a lot of ways, that is what I was reminded of as I spoke with Lynn and Bonnie and read stories about Marvin from other friends and family members. Marvin Heil never had the ego to be the big name up front. Sure, he would take his turn being in charge if he had to, but he was more than happy to play a supporting role, to blend into the background and help everyone else to look good and encourage them to do better.
Marvin Heil was born down on the river in Bellaire, Ohio and liked to remind people that he got his start playing football for the “Big Reds.” Later he got work in the coal mines and moved to Bethesda, Ohio and later still, to Massillon. While he was in southern Ohio he fell in love with Captina Creek and its watershed. My family and I used to live down that way and can easily understand why. It is a beautiful place full of wildlife. Marvin spoke often about it, told stories about it, and even took his kids there so that he could share it with them.

His sister Janis remembers what a great singing voice he had even when they were small, and she remembers a great snowball fight that they had when they were kids after a fresh snow. The snowball fight started when Marvin was still in the house in his bedroom upstairs and everyone ran around and around the house trying to sneak up on one another. But Marvin heard them. He opened the window of his bedroom, scraped snow off the roof and made perfect snowballs. He was a great shot and rarely missed. And as his siblings ran past his window… Splat! But before anyone could look up to see where they had come from, Marvin stepped back away from the window and into the shadows, only to come out again to find another unsuspecting victim. His part was discovered after everyone had quit and came back in the house and everyone had a good laugh, but that was a Saturday afternoon that they still remember together.

Sixty five years ago, while he was still young and living in Bellaire, Marvin went out on a blind date that went strangely, but wonderfully, wrong. Marvin was supposed to go to Shaheen’s ice cream stand and meet a girl, whom he had never met, that had long red hair. He went to Shaheen’s, and found a beautiful girl with long red hair, but she was not the girl that he was supposed to meet. Still, they met, and they liked one another, before long they were dating, and since they were married for 61 years, it seems like it must have all worked out for the best.

After they were married, Marvin and Betty started a family. Tragically, their first child, Michael passed away when he was only seven months old, but at the time of his funeral, Betty was already carrying Lynn who arrived only four months later. And, assuming that the obituary had the birth order right, then came Bonnie, Jack, and John. This was the core of Marvin’s life. It has been said that Marvin was the most even tempered man you ever met. He cared about everyone, he never judged anyone, and he never, ever got angry. But he was also very protective. If you ever threatened his family, he was as ferocious as an angry bear.

Like those character actors, Marvin just dug in and got it done. Whether he came home from the coal mine black from head to foot, or came home with his hands bleeding after being out in the hot sun all day replacing someone’s roof, he had a reputation for working hard. Marvin didn’t have an easy life. I was told that often times it seemed that nothing would go his way but no matter what happened, no matter what life threw at him, Marvin never allowed life’s hardships to make him bitter. He always cared. He was always tender. He always had a great sense of humor. And he always cared about everybody. Even in the hospital, as long as he was able, Marvin would ask how everyone was because even when he had good reason to worry about himself, he cared about others.

And once again, much like the character actors in the movies, Marvin was a lot of things to a lot of people. He was pure country. He was a Navy veteran of the Korean War. He was a storyteller who often told tales of his hero, Mode Miller, and a host of other, almost never-ending stories. He was the king of duct tape. He never met a stranger, he loved to sing, he was generous, a mentor, a friend, father, grandfather, even to people who weren’t blood relations. Marvin just invited people into his family whether they shared his DNA or not. His kids, grandkids, the neighbor kids, their friends, and a whole pile of others kids all called him “Pap.” As Becca wrote, “Bloodline didn’t matter when it came down to it. He treated me like I was birthed into the family.”

For years, on Friday nights, Gibby, Zach, Misty, and Josh would spread out a blanket on the floor in front of the television, with Marvin of course, and watch The Incredible Hulk. It was a ritual that was not to be missed. And in recent years, with the kids grown, Marvin had a regular ritual with Sonny the dog. The met every morning and whenever the weather was good enough, Marvin sat outside and Sonny sat right beside him. Sonny still looks for Marvin every day and lies in his spot, right next to Marvin’s spot, for hours at a time.

Even though he didn’t have an impressive array of tools, Marvin was always ready to tinker on things and fix them whatever way he could with the things that he had. He fixed all manner of things, sometimes in unexpected, but effective and practical ways. He used the hasp from a storage shed or a footlocker to lock the door on his Jeep instead of buying an expensive part from the dealership. In fact, he kept his old Jeep together for 25 years with duct tape, baling wire and spit. He was heartbroken when it finally died and had to be towed away.

Marvin did things his way. He didn’t make a big show of it, but he just quietly went about being his own man. He was never in a hurry. He was never anxious. He didn’t like change. He didn’t much like technology, and refused to have a VCR in his house, he didn’t like fancy things, didn’t want people to fuss over him, and he didn’t much like doctors or hospitals. A few months back he found himself in the hospital and didn’t like it at all. And so, at 2:00 o’clock in the morning, Steve and Lynn got a phone call from Marvin. He was downtown. He had “escaped” from the hospital and needed a ride home. Lynn said that when Steve brought Marvin home he giggled. He was having so much fun “escaping,” that he was giggling. He was who he was.

But a big part of who he was, was a man who adored his wife, that long-haired red head that he had met so many years before. He doted on her. He cared for her. He would do whatever he could for her. And when she had trouble doing things for herself, he bought her a little bell so she could ring it when she needed him.

Marvin Heil was his own man. He did things his way. But his way was full of compassion, humility understanding, friendliness, laughter, and love for his family and everyone around him whether they shared his DNA or not. He was like those character actors in the movies. The big stars always look better when they have talented supporting actors behind them. Marvin never needed to be first, or up front, or have his name in lights. Marvin was happy to spend his life helping everyone around him to get through theirs. Marvin was content to play a supporting role in the lives of hundreds of other people and to invest his strength, his wisdom, his effort, and his love, in helping all of them to become better. Marvin didn’t need for everyone to see his star shine, he was never the big star, but hundreds of others, including all of you, have seen your stars shine brighter…

…because of Marvin Heil. 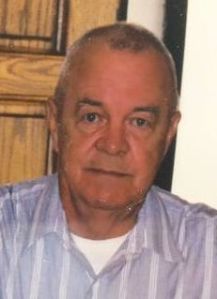 Marvin L. Heil, 81 of Perry Township, passed away Tuesday, July 7, 2015. Marvin was born March 27, 1934 in Bellaire, Ohio, the son of the late Norman B. Heil and Esther Mae (Warren) Conway. He was a United States Navy veteran and served our country during the Korean War. Marvin worked for Vincent J. Paul as a roofer for 30 years. He enjoyed sports, writing poetry, nature and most of all spending time with his grandkids.

A Memorial service will be held Friday, July 17, 2015 at 2 p.m. at Trinity United Methodist Church: 3757 Lincoln Way E, Massillon, OH 44646. The family will receive friends at the church from 1-2 p.m. prior to the service. There will be a meal immediately following the service. In lieu of flowers donations may be made to either The Muscular Dystrophy Association or American Diabetes Association.

One thought on “Eulogy for Marvin Heil”