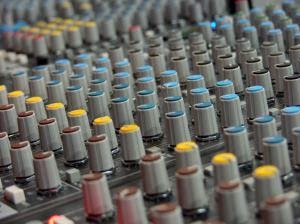 In my last post (Sometimes Bad Things Happen) I noted that life doesn’t always seem fair.  Likewise, life doesn’t always happen the way we want it to, or the way that we expect it to happen.  Most of us have learned that this is true, and see that those folks who insist on being “in control” are often miserable. Learning how to tolerate and adapt to these sorts of unexpected changes would seem to be an important key to our happiness.  But that doesn’t mean that adjusting to these changes will be easy.  Scripture tells us story after story in which even God’s best and brightest, God’s hand picked leaders, feel out of control.

David was anointed king and but for years afterward was running for his life.  King Saul (not unexpectedly) was jealous of David and resented him.  Saul personally tried to kill David on several occasions and sent the entire army of Israel to search for him.  There are several Psalms that David wrote during that time that cry out to God and ask why this is happening to him.
Noah may have been the only righteous man on earth, but I am certain that he did not expect God to flood the world or to spend a hundred years building a giant boat.
Joshua and Caleb did the right thing.  They did as Moses asked and went into the Promised Land with the other spies.  They returned, along with the others, with their report, and they stood up against the fear of the other spies.  While everyone else was afraid that the people in the land were too big and too powerful, it was Joshua and Caleb that held fast to their faith in God.  They argued against all the others that if God called them to fight, then God would lead them to victory no matter how big, or how powerful, the people were.  Despite doing everything right themselves, they spent forty years in the desert because of someone else’s mistakes.
Scripture doesn’t tell us what happened to all of Jesus’ disciples but there are historical records for some and legends that tell of others.  From these sources we find that, with the singular exception of John, all twelve of the disciples were killed in one way or another.  Some were given the opportunity to live if they would only deny Jesus.  They died for telling the truth.
Jesus prayed for a way to avoid dying on the cross but he was arrested in the middle of the night (which was questionable), tried in an illegal court, and convicted of a crime that he didn’t commit.  While we know that this was all a part of God’s plan, even Jesus was hoping for something different.
Our lives are often marked by chaos but “out of control” and “abnormal” happens to everyone.   Life is unpredictable.  While we struggle to adapt, it helps to remember unexpected and painful changes happened to the good guys, even to the heroes, and yes, even to Jesus.