We are witnessing the end of grace in the church that was built on a foundation of grace.
If you are a United Methodist, you have almost certainly heard of Rev. Frank Schaefer.  An ordained elder in The Eastern Pennsylvania Conference of The United Methodist Church, in 2007 he chose to officiate at his son’s same-sex wedding in Massachusetts.  As a result, charges were brought against him, a trial was held and he was suspended for 30 days so that he could consider whether or not he could promise to uphold the “entire” Discipline of the church (essentially a promise never to do this again).  After 30 days he returned and said that he could not promise to do so and the Board of Ordained Ministry (BOM) voted to remove his credentials (the newspapers call this being “defrocked”). 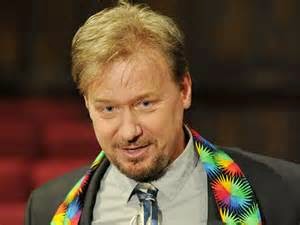 What follows is a weird sort of legal maneuvering.  Rev. Schaefer appealed the decision of the BOM essentially on the grounds that he was punished twice for the same offense, first a 30 day suspension, and then the removal of his credentials.  He won that appeal, and then this week, that appeal was upheld by the Judicial Council, the church’s highest “court.”  The basis of their decision is not really a cause for celebration or concern on either side.  It really does hinge on a technicality and does nothing at all to change church law.  The Judicial Council upheld Rev. Schaefer’s reinstatement on the grounds that the original ruling (by the BOM) was poorly written.  It did not clearly state that Rev. Schaefer would lose his credential permanently after the 30 day suspension even though it was apparent from the beginning that this was their intention.
And so, Rev. Schaefer will have his credentials returned to him, he will receive his back pay, church law is unchanged, and everything is the same as before.
Except it isn’t.
Rev. Schaefer might have won, but everyone else lost.
It is reasonably obvious that the Board of Ministry never intended for the 30 day suspension to be the only punishment.  The 30 day suspension was intended as an act of grace, a second chance, a recognition that we do things for our children that might be unwise or against the rules, and a chance for Rev. Schaefer to walk away with his integrity (and his credentials) by admitting that he loved his son enough to break the rules.
Perhaps it was poorly written, but now it appears that an act of grace is being punished.
An act of grace is now responsible for undoing the entire trial.
And so now, even though the poorly written decision was “technically” responsible, grace will suffer.
In future trials (and I have no doubt that there will be more) those who make similar rulings will remember the trials and the appeals of Rev. Schaefer.  They will want to avoid being misinterpreted.  They will want to avoid mistakes.  They will want to avoid being overturned on a technicality.
There will be no recognition that sometimes people make unwise decisions.
There will be no understanding or sympathy because we love our children.
There will be no second chances.
We are watching the death of grace.
No matter which side you think is right,
…when we lose grace,
…we all lose.
—————————————————————————————————

To receive email updates to the Crossfusion blog, click here.