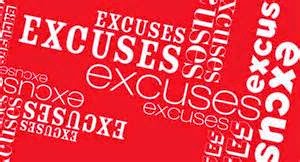 “I could never be a _______ because I once heard about a really stupid _______.”
This kind of statement is all too common on social media.  It has been said about almost every possible group.  I have heard it said about Republicans, Democrats, pro-lifers, pro-choicers, Christians, Atheists, and everything in-between.
But those aren’t arguments, they’re excuses.
And it is unfair to everyone.
Sure, it’s funny to point at the Republican that didn’t know that Tehran is the capitol of Iran.  Or the Democrat who thought the island of Guam would capsize if we sent too many Marines there.  But it isn’t really fair to say that these people represent all Republicans or all Democrats.
And the same is true for Christianity.
I admit that sometimes Christians say really dumb things.  There are some Christian leaders who make me cringe almost every time they open their mouths.
But that seems to be true of people from any large group.
I have heard people with Masters and Doctorate degrees say dumb things but that doesn’t mean that education is stupid.  We shouldn’t give up on education because we once met an educated person that did, or said, something dumb.
Just because someone in Hollywood made a bad movie (and there have been some really awful ones) is no reason to give up on movies forever.
Just because we saw a stupid driver on the highway (and there are plenty) is no reason to give up on driving.
Our opinions about education, politics, morality, religion, or anything else, should be built on the truth and on the merits of their arguments, not simply on whether or not we once heard one of “those people” say something stupid.
If you want an excuse to stay away from a political party, or church, or anything else, that’s up to you. But don’t say that it’s because a few people said, or did, something dumb.
Don’t judge an entire group by the actions of a few.
Because that would just be stupid. 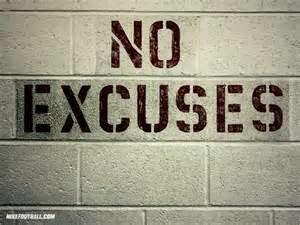 To receive email notification for updates to the Crossfusion blog, click here.

One thought on “Excuses, Excuses”