There was one moment. It wasn’t scripted, it wasn’t planned, and it wasn’t a part of the program or on anyone’s agenda. But for those of us who were paying attention… it was powerful. Many of you know that I just got back from a weekend technical conference with the National Association of Rocketry that was held at Cape Canaveral, Florida.  As an engineer, and as a geek, I had a great time learning all kinds of detailed, specific, stuff about rockets that would bore the snot out of a lot of other people. In any case, because this year is the 60 anniversary of NASA and the 50th anniversary of the Apollo 11 moon landing, this year’s conference not only included tours of Cape Canaveral and the Kennedy Space Center, we invited engineers, technicians and astronauts from the space program to come and talk to us.  And, after our evening banquet at the close of the conference, a panel of NASA astronauts shared memories and stories about their lives and their careers. Sadly, due to my hearing loss, and a big room filled with echoes, I only heard 10 or 20 percent of what was said.  But I didn’t miss one of the most powerful moments… …because there weren’t any words. You see, three of the astronauts on the panel were pilots or technical specialists that had made one, or several, flights aboard the Space Shuttle, but one gentleman, Colonel Al Crews, was from another generation.  He was one of the guys who was training during the Apollo era, and who was an X-20 Dyna-Soar pilot (a space plane 20 years before the 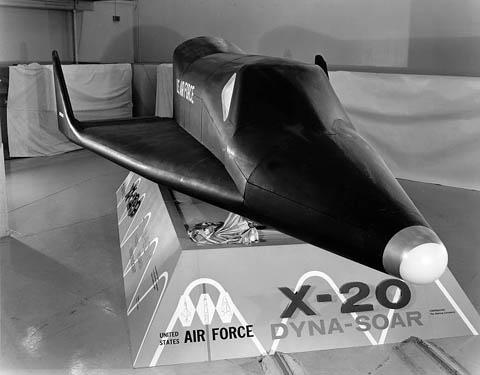 shuttle) before that program was cancelled.  He was then transferred to work on the Manned Orbiting Laboratory project, which was planned to be a space station based on the Gemini launch vehicle (thirty years before the ISS).  But that program was also cancelled before it flew.  But even though Al Crews never flew, his hard work and dedication (and that of many people like him) made it possible to build the space shuttle, and an orbiting space station, and many other things that we take for granted. But after all the jokes, and shared memories, and stories were over, something happened. On the stage, were four men who, to many of us, as engineers, as rocketry hobbyists, as Americans, and as human beings, were heroes.  We all watched the Space Shuttle launches on television, and we wished that we were them.  We cheered their successes and we wept over their failures.  But when the evening’s program was over, something powerful happened. And a lot of people probably didn’t even notice. As the program ended, and everyone in the audience applauded, the astronauts nodded and accepted our thanks.  Eventually, they stood up to leave the stage, and as they did so, every one of those heroes made sure that they found their way over to Al Crews and shook his hand.

They knew that they would not have lived the lives they had, or done the things that they had done, without men like Al Crews.  Just as we looked up to them, it was obvious that they all looked up to him. And so, at the end of the day, if you were watching, there was a powerful message. Even heroes, have heroes. Al Crews never walked on the moon, he never even made it to orbit, but his dedication, his reliable, predictable, daily effort, sustained over an entire career, made it possible for another generation of heroes to inspire others. We may not walk on the moon, but each of us can be a hero to somebody. What are you doing to inspire others?  What actions are you taking?  What reliable, predictable, daily effort are you making, to make it possible for others to go places you can only dream about? Isaac Newton once said, “If I have seen further than others, it is by standing upon the shoulders of giants.” Whose giant will you be?

Tonight as we watch the clock count down to the New Year, scientists around the world are watching two spacecraft doing something totally amazing but altogether different.

The New Horizons probe, which just a few years ago took some incredible photographs (and changed planetary science) as it passed Pluto, tonight, just past midnight, passes by Ultima Thule (Ull-tim-a Too-lee), a smallish object (about the size of New York – 20 miles across) in the Kuiper belt. Ultima Thule hadn’t even been discovered when New Horizons launched. Optima Thule is more than 4.1 BILLION miles from earth and a billion miles beyond the orbit of Pluto, so far away that even at the speed of light, radio messages to earth take six HOURS to return to earth. New Horizons is traveling at almost 10 miles per second (32,000 miles per hour) as it speeds by, but the photos and other information that it collects in the next few hours will take more than a year to transmit home. Ultima Thule is the most distant object that humanity has ever been able to study up close.

And earlier this evening, NASA’s OSIRIS-REx spacecraft, after a delicate astrophysical dance that lasted for months, has slipped into orbit around asteroid Bennu. While Bennu is “only” 1.2 billion miles away, it has taken OSIRIS-REx over two years to arrive since its launch. But if Ultima Thule is the most distant object we are studying, Bennu, at only 1600 feet wide, is clearly the smallest. And because Bennu is so small, its gravity is similarly weak, making it incredibly difficult to carefully place OSIRIS-REx into orbit. The spacecraft’s orbital speed is only one TENTH of a mile per hour (or five centimeters per second) and it is orbiting only 1.25 miles (2 km) from the center of Bennu. OSIRIS-REx will study Bennu for about a year, and then, around July of 2020, will descend, capture a sample from the surface of Bennu, and return that sample to earth in 2023.

While sometimes the news headlines make us despair for the future of the human race, we often fail to pay attention to those who represent the better part of our nature.

I often wonder what discoveries await us after the return of Jesus Christ when we will have all eternity to explore.