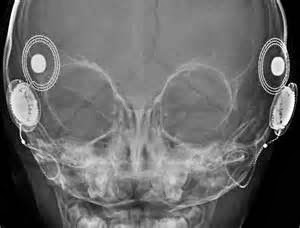 In June of 2011 I wrote “Reflections on Going Deaf,” where I described how my hearing was progressively fading.  I had seen a specialist (ear, nose, throat – an Otolaryngologist ) who sent me to see “the guy” at Ohio State Medical Center (who only does ears – an Otologist).  His professional opinion was that there was no discernable cause other than “sometimes this just happens.”  He suggested that I just make the best of things with hearing aids and expect that sometime in the future I would need to have a cochlear implant.
Since then, I got more powerful hearing aids, our family moved to the Massillon/Canton area and I changed audiologists (the guys that program my hearing aids).  Like everyone always is, Walt, my new audiologist, was surprised at how quickly my hearing was being lost.  He suggested that given the importance of hearing, I ought to get a second opinion regardless of how good the OSU guy was.  He recommended that I see specialist that is “the guy” in this area and I did.  Last August I drove over to Dr. Lippy’s office in Warren, Ohio had a bunch of testing done and saw Dr. Berenholz (Dr. Lippy is retired, I think).  There I got just about the same news that I had at Ohio State.  No real reason for my progressive hearing loss could be identified but some people, like me, are “just lucky.”  Yippee.
What’s more, their evaluation determined that I had already lost so much of my hearing that I probably qualified for a cochlear implant and insurance would likely pay for it.  At that time, there were still a few tweaks left that we could do to make my hearing aids last a little longer so we agreed to meet again in six months.  We met again last month and did the testing all over again.  Not surprisingly, my hearing has continued to get worse.  With my hearing aids on, sitting in a soundproof room, they read random sentences to me (through a speaker) and I was supposed to repeat as much as I could understand back to them.  I got 40 percent.  It was time to see if our insurance would cover the implant.
For those of you who have never had hearing loss I want to try to express what my loss might “sound” like to you.  I have no hearing in the high frequencies at all so even hearing aids don’t help because it doesn’t matter how loud you make it.  I can’t hear mosquitos or flies or bees.  I can’t hear the microwave beep or the smoke alarm or my alarm clock.  I can’t hear a lot of bells or the warning beep that tells you that you forgot to turn your headlights off.  I can hardly hear sopranos at all and pianos sound strange.  At my kids’ band concerts I can hear the percussion and the low brass, trumpets sometimes, and woodwinds almost never.  Music doesn’t sound musical, and even familiar songs sound uncomfortably strange and out of tune.  My car radio is rarely used because I can’t listen to music and while I can generally hear talk radio when the car is sitting still, the ambient noise when in motion makes everything unintelligible regardless of how much I turn up the volume.  A lot of times what I hear sounds like my head is inside a cardboard box.
Last week Dr. Lippy’s office called and said that our insurance would cover 100 percent of a cochlear implant minus a sizable deductible.  I have an appointment at the end of the month to get a CT scan of my head and more tests.  After that I have to see my family doctor, have a physical and get his permission, and then we can schedule the surgery.
After the surgery, there are four weeks of recovery before I return to the office and they turn the implant on for the first time.  Then, there are six months (or more) of physical therapy as my brain (re)learns how to hear.  I admit that I am a little excited and also a little afraid.  I look forward to being able to hear again, especially to the possibility of hearing music again but I also worry.  What if there are side effects?  What if it doesn’t work?
In any case, the process has started.  I am, gradually, going deaf and so I will need the implant to function in a hearing world.
In the immortal words of Buckwheat from the “Our Gang” television show… “I don’t know where we’re going, but we’re on our way.”

Click here to see other posts about My Hearing Journey

2 thoughts on “A New Cyborg Adventure”