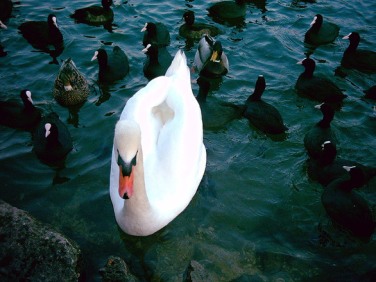 Being a “follower” of Jesus isn’t enough.

Sunday, we begin another new year.  It is the season of making resolutions, where people promise themselves that they’ll do something different than what they’ve usually done.  Resolutions are built on hope.  We hope that we’ll do better than we usually do, but in reality, by the end of January most resolutions are already dead and buried.

People who are regulars at the gym know that the parking lots will be jammed in January but by February things are back to normal.  Running seems to be even worse.  There is a core group of dedicated walkers in our neighborhood but not a lot of runners.  Since I was often out running at the same time of day I knew which people were regulars.  There were a handful of folks who were always out, rain, shine, snow, ice, or brutal heat.  It didn’t matter, they were there.  But in the spring, there was a surge of folks just enjoying the nice weather, and then a similar jump in the fall, but once it was too hot, or too cold, these folks all disappeared.

But blogger Michael Hyatt has noted that there is big difference between a resolution and a goal.  While a resolution is built on hope, something that we hope to do better, a goal is built on an intended destination, a target that we intend to reach.  And so, when things get difficult, some vague desire to “do better” just isn’t enough to carry us through.  But a sincere goal of running a race, losing five pounds in time for beach weather, or other reasonable and attainable targets are enough of an emotional and psychological motivation to push us a little harder.

But how does any of this make a difference in our spiritual lives?

It makes a difference in the language that we use and in the language that Jesus intended for us to use.  You see, we have gotten into the habit of calling ourselves followers of Jesus and, while that’s not wrong, it doesn’t go far enough.  Jesus called Peter, James, John, and all of us, to follow him, but he also called us to become more than that.

Jesus called people to follow him so that they could become his disciples.

While some dictionaries use these two words as synonyms, scripturally, as well as in practice, they are quite different.  A follower is a person who likes what the leader does and follows them from place to place to watch them and see what happens next.  But a disciple is a learner who follows so that they can become more like the person that they re following.   A disciple’s goal is to learn so much from the teacher that they begin to live and act like the teacher in everything they do.  The ultimate goal is for the learner to become so much like the teacher, that they themselves are sent out to teach and to make more disciples.

Here’s an example: for years the rock band, The Grateful Dead, had a loyal following of people called “dead heads” who knew everything the band played and who followed them from place to place all over the country.  But even though they were dedicated, and had all the songs committed to memory, they were still just followers.  In contrast, many of you have heard Buddy Rich, the drummer who played for Frank Sinatra and who led his own band.  Buddy Rich was one of the most talented drummers in history.  I am certain that he had a great many followers, but he also had a handful of disciples.  As busy as he was, Buddy Rich taught drum lessons, but as skilled as he was, he only taught the best of the best.  Buddy Rich taught just a few people who were both highly skilled and professionally driven to become the best drummers in the world.  Although most of them aren’t household names, nearly every one of them played in bands that you’ve heard of or led bands of their own.  Likewise, there’s a big difference between being a fan of a famous sports team, and working hard to become good enough to try out and play for that team.

That’s the difference between following and becoming a disciple.

We often call ourselves followers, but we can’t stop there.

We are called to something bigger, something more demanding, and much more important.

Our language makes a difference.

It makes a difference if we make resolutions or set goals.

We sell ourselves short when we think of ourselves as followers.

We are called to be more.