Amid the discussion about the sexuality of the Superbowl halftime show, I read a post from the perspective of someone who understands human trafficking in a way none of us (hopefully) ever will.  It is both powerful and thought provoking.  With her permission, I want to share it with you.  I encourage you to not only read it, but to give it some serious reflection. – Pastor John 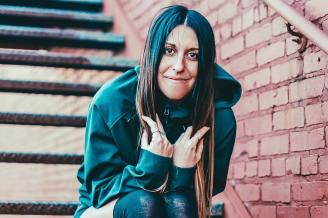 My thoughts on NFL
.
The number one thing I think of is how Americans are the biggest keyboard warriors in the world. I imagine people who literally run to grab their phones and start tapping away so they can be the first to give their opinions. So much talk and very little walk.
.
The truth is I am so SICK of seeing your words because they have never carried any weight. You sit there, thinking you’re opinion matters but the truth is, it doesn’t. You know why? Because it’s an opinion and there has been no work, no going out to the arena, no going to war, or stepping on the battlefield with you.
.
If you believe your keyboard is the battlefield, it’s not. Anyone can sit in the comfort of their own home, wearing their pajamas, and stating their opinions. That costs you NOTHING. So here are some things that need to be read, said, and written. I hope you take something from this.
.
Human trafficking is very real. There are currently 20-40 million modern day slaves because of human trafficking. Human trafficking is directly correlated to the Sex Industry. Yep, the industry that has been around since Jesus. The same industry that tells us to “bare it all” but does not tell us what that costs.
.
The Sex Industry has leaked into every single outlet in the world. Marketing statistics have proven that women wearing less SELLS. Because sex sells. These are just the facts. But it’s just a cheerleader, she’s just a singer, she’s just this, she’s just that. In the world we live in today, we have been taught that objectification is tolerable. That baring it all is acceptable. And if we don’t, we will somehow get left behind.
.
Half of you may be eye-rolling and that’s fine. The truth is I worked in the Sex Industry. I know what it’s like to wear less and less. I know what it’s like to want to cover up, but there’s less money, less influence, less power in those things. That is what we are told. So we hand over our souls on a platter so that we can stand on a stage and receive an applause. But they never tell you the cost.
.
This goes far beyond the women at the halftime show. This is for the women who have been trafficked into an industry against their consent. It is for the children who have been taken from their families to be pimped out. This is for the four year old boy who went missing because of a fetish or to the girl who does not know her worth and chose to sell herself. The Super Bowl is one of the number one days of the year for the Sex Industry.
.
And you might be ready to say “Oh but many people are working women, it’s consensual.” Let me just repeat. I’ve been here. I have lived this life. I have worked with women from all backgrounds. I worked Super Bowl in 2011 and hung out with many of the women who flew in from all over to make the “big bucks.” Regardless if we chose to be there or not, regardless if we got paid, it still costed us more than we would have ever imagined. Sex is not just sex. It is a mingling of the souls and that will ALWAYS cost you something.
.
So… to the keyboard warriors who just want to complain about the half-naked women singing? Go teach women what modesty is. Show women they don’t have to bare it all despite what societal and worldly standards have taught us. Disciple women, show up for women, and love them regardless of the life they’ve lived. And don’t judge every woman who’s wearing a midriff top – *cough Barb cough.* We need more love, not criticism, hate, and condemnation.
.
To the keyboard warriors who think there’s no consequence for the halftime show. I hope you tell the women in your life, that they’re beautiful despite what attire they can still fit into. I hope your little girl knows, that she does not have to dress a certain way, dance a certain way, or sell herself in someway, in order to be accepted. And I hope you remember that the little ones are always watching. And they’re constantly looking for someone to look up to. Let’s make sure to be someone who’s worthy of that.
.
And to the men. I hope you guard your hearts, protect what you watch, and that you teach the young men in your lives that women are to be treasured, respected, adored, and fought for. Disciple men. Invest in men. Eat at the table with your sons. Speak life into your son. And show him what a real man looks like.
.
The very thing that God ordained and created within a covenantal relationship for us to enjoy “SEX” is the very thing that the enemy has worked so intently at perverting. Sex is beautiful. It is supposed to be enjoyed. It was created by God. It was made FOR us. And the enemy will always try to destroy God’s greatest gifts. I hope you realize that.
.
And to every keyboard warrior out there. If you really want to make an impact, put your money where your mouth is. Quit talking and start walking. Disciple. Serve. Get your hands dirty. Raise awareness for human-trafficking. Put your phones down and go do some work. Put your boots on, go stand in the arena, and be prepared for war. Oh, and love your neighbor as yourself. Let’s start with that. It’s time to show up!

Aubray is the storyteller and treasure-hunter behind Table and Tide. Her hope is to help you to turn some of your biggest tragedies into triumph. To create a community that embodies bringing our mess to the table, finding our voices, and as a result, walking into the freedom of who God’s created us to be.

Please visit her website, Table and Tide, at https://tableandtide.com/.