How “Local” is Mission? 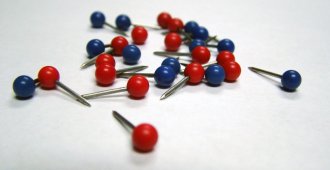 Recently, I have heard folk from Trinity discussing the need for our church to focus on, and to encourage the support of, more local missions. My impression was that the speakers meant to say that we might be focusing too intently on missions that weren’t local and that local missions were more important.  To be fair, one of those speakers was deliberate in saying that other missions were important, but the implication was that our focus might have shifted too far in another direction. I admit that my impression of that conversation was probably shaped by other churches where I have served, because I’ve heard that opinion expressed in other places before. My first reaction was to dismiss that idea as wrong, but as I thought about it, I decided that I ought to look in our church budget and see where our dollars were really going and next I decided that I should probably write about it because if a few people are talking about it, the odds are good that a lot of people are thinking about it.

Before I get into the details of what I found, I want to remember why it is that we do missions. First, in Matthew 28:18, as Jesus said goodbye to his disciples before he ascended into heaven he gave us what is now called the Great Commission saying, “All authority in heaven and on earth has been given to me. 19 Therefore go and make disciples of all nations, baptizing them in the name of the Father and of the Son and of the Holy Spirit, 20 and teaching them to obey everything I have commanded you. And surely I am with you always, to the very end of the age.” And in Luke’s version of this story, found in Acts 1:8, Jesus says, “8 But you will receive power when the Holy Spirit comes on you; and you will be my witnesses in Jerusalem, and in all Judea and Samaria, and to the ends of the earth.” 9 After he said this, he was taken up before their very eyes, and a cloud hid him from their sight.

Our calling, as the followers of Jesus is not just to stay in Jerusalem, but to go share the gospel throughout the entire world. With that in mind, I know that caring for those people nearest to us has to have some priority because if we don’t do it, who will? But, at the same time, the good we can do in other places for a small amount of money, is also vitally important. And so with that in mind, I looked at our January finance report to see where Trinity spent its time and money and divided those places into the same kind of categories that Jesus used. Instead of using Jerusalem, Judea, Samaria, and all the earth, I translated that into local, Ohio, National, and International.

While some of the ministries we support were a little difficult to neatly put in one of these categories, and without asking what mission the UMW supported, I counted 22 local missions, 2 Ohio missions, 7 National missions, and 4 International missions. Local missions were things like Perry Helping Perry, Neighbor Helping Neighbor, the Homeless Outreach Team, the SAM Center, Canton Calvary Mission, RAHAB ministries, Aunt Suzie’s Cancer Wellness, Guidestone, and our own Trinity youth. Ohio missions were things like Flat Rock Homes in Cleveland, and the Kairos prison ministry. I classified things like Disaster relief through UMCOR, Campus Crusade for Christ, and Red Bird Mission, including our mission trip to The Joy Center, as National missions.

And finally, there were four International missions such as Zoe ministries, Farmer to Farmer, Heifer International, and Africa University. Financially, the breakdown of these categories was, Local $10,727, Ohio $100, National $7,739, and International $1300. It was interesting to note that as far as I can tell, all of the missions in the International category were given by our young people from your generous giving to the noisy offering.

Ultimately, I think that we are finding a good balance in these categories, but if you have any concerns I invite you to share them with me, or Jan Gash and our missions team. In total, the generous people of Trinity gave nearly $20,000 to these missions and that is both incredible and commendable. The people of Trinity have good and generous hearts, and it shows. At the same time, even this generous level of giving adds up to less than 10 percent of our budget, so maybe we do have something to think about.