Note: Although this particular post specifically targets Christ Church where I serve, and I know that many who follow my blog do not attend in our physical location, I challenge you, regardless of where you are, to consider how you can be involved in your local church in the year ahead.  Feel free to look at the checklist that I included at the end of the article, and then dream, imagine, and listen for where God might be leading you to serve and what new challenges or adventures that God might be calling you toward.

It hardly seems possible, but with youth and adults already back to school, marching band, and football season in full swing, we are reminded that it is also time for us to begin our preparations for our annual Charge Conference.

What does that mean for you?

Well, that means that it’s time for all of us to think about where we can “plug-in” to the work of running the church.  Every one of our committees will rotate and as many as a third of their membership will “retire” or take a break.  Additionally, there are things that we wish we could do, but never have enough volunteers.  And the month or two before Charge Conference is when we spend the most time thinking about these things.

Soon, the Lay Leadership and Nominating Committee will begin meeting.  They will be talking about all these things (and more), will contact our current leaders to assess their willingness to continue, and then begin contacting those persons that they think will be able to contribute as next year’s leaders.  If you have an interest in serving on any of our church committees, or if you know someone who would be well suited for a position, it would be amazingly helpful if you could tell us.  That simple thing saves us time deliberating, calling, and “asking around” as we search for just the right person.

I will also be doing something that may be new to you this year.  I have dug up a survey that I created more than ten years ago for our first pastorate.  That survey asks a lot of questions and some of them may not apply to you, some may not be things that we are currently doing, but all your answers can be useful during our nominations and as we plan.  After all, we can’t do new things if no one tells us that they are interested in doing them.  I have already revised it to suit this church better and you will see it at the bottom of this page.  Filling it out (and putting your name on it) might seem like a little thing, but as simple as it is, doing so can be a huge help.  If you don’t attend Christ Church, you might print it out and hand it to your pastor or whomever is certainly already planning for next  year at your church (I bet they’ll be surprised, but also grateful).

I hope that in the days ahead, each person will be thinking about how we might be a part of ministry at Christ Church next year.

How Can You Help?

Please let us know (circle) where you would be interested in serving! 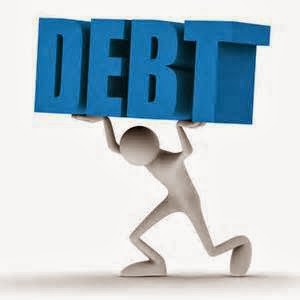